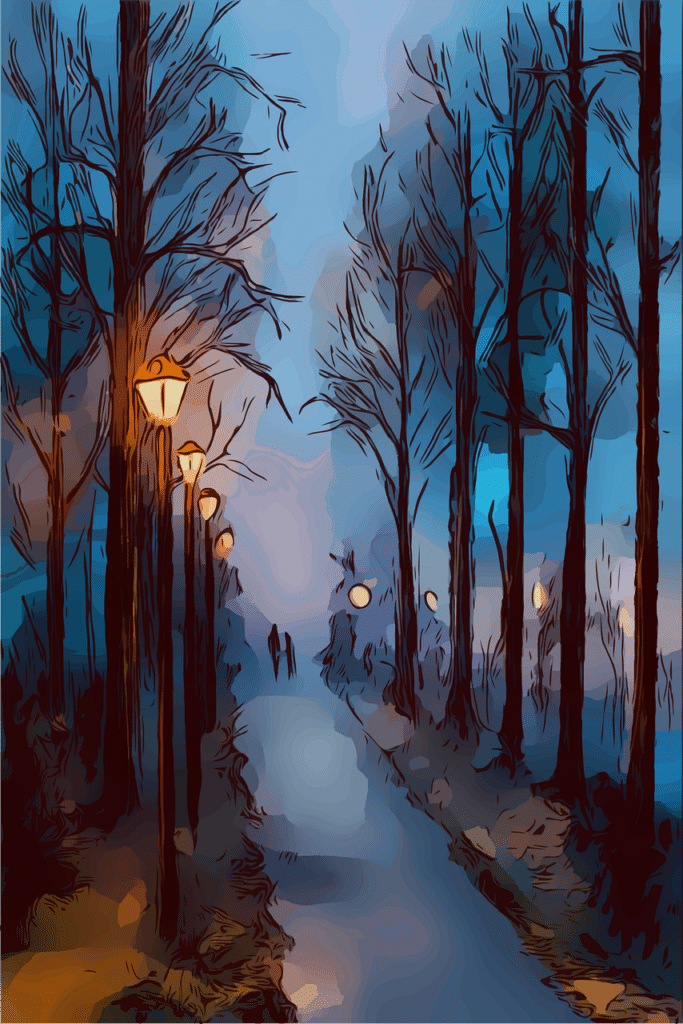 2020 has been a crazy year.  A pandemic, an election year, social unrest, fires, ash raining down from the sky, and a snowstorm on September 8th, protests concerning racial inequaliites, protests of government action, or inaction, and protests that have devovled into vandalism, rioting, looting, assault, and murder.  There has been a lot to take in, and a lot to observe.  While observing many of these events, I have noticed a lot about how an event occurs.  Then, when people respond to that event, the message the responder is trying to send gets lost in how the response is carried out.  When creating your will or trust, the last thing you want to have happen is your message getting lost.

Here are two examples of how a message can get lost and create confusion pulled from the events of 2020:

1. When the state governments of Colorado and Michigan issued mandatory stay at home orders in response to the COVID-19 pandemic, some people objected to the orders being issued.  These people organized rallies and protests against the orders.  Some of the protesters brought their rifles with them to the protests.  In Colorado, the protests were held on the steps of the state capitol building, whereas some of the armed Michigan protestors were inside of the legislative chamber.  The news reports I saw were quick to point out the ridiculousness of having guns and armed protestors in the legislative chamber in Michigan, or on the steps of the state capitol building…to the point where any message of protesting what they protestors felt was government overreach was lost.  Many people decried the guns being at the protests, and the point of protesting government overreach got lost as the messaging became muddled and the form of protest – which included guns – became a focus of the reporting on the action.

2. As carried out mainly by those on the opposite side of the political spectrum, many protests across the country have to demand an end to racial injustice, and to call for an end to killing of people of color by the police.  Many of the protests are organized or carried out by the organization “Black Lives Matter.”  However, the message of the organization “Black Lives Matter” is easy to get lost in a protest setting.  Many of these protests have been peaceful, but I have also seen videos of people throwing things, burning buildings, breaking windows, and heard reports of people being assaulted and killed during the protests.  That is what I describe as the protests devolving into rioting, looting, vandalism, assault, and murder.  When the focus after a protest is on what property damage was done, or who was injured, or killed, then the purpose of the protest is lost in that discussion.  The messaging is lost amid the other factors involved.

In both of these cases, the message of a protest got lost.  The protests against government overreach had their message lost in the discussion about guns.  The protests against racial injustice had their message lost in the vandalism and violence against other people.  I know that the organizers of the protests consistently tell us that we need to focus on the message, instead of the method of delivery, but it is basic human nature to see the method of distribution and how such methods can distract from the message to be delivered.  Instead of having observers focus on the problem at hand, observers will point out the ridiculousness of what happened during the protest and not focus on the problem, or any possible solutions.

The protestors had good intentions to bring attention to a problem, but often ended up creating as many, or more, problems for themselves as they tried to solve.  I feel like I observed the protestors as if they are in the movie “Network” screaming, “I’m mad as hell, and I’m not going to take it anymore!”  The people yelling in the movie were not sure exactly what they were mad about, so they just yelled to show they were mad.  With the protests, the protester seemed unable to focus on solving the problem at hand. 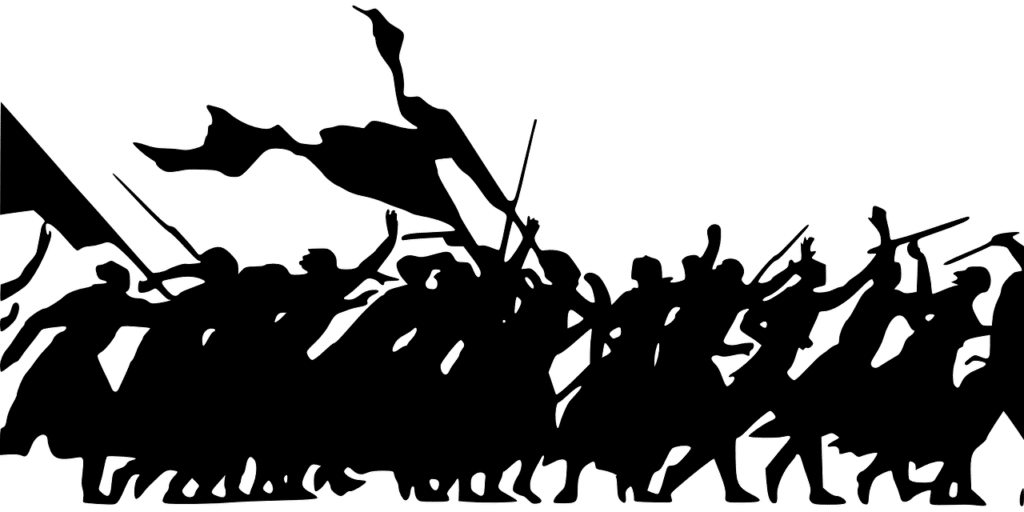 What do Protests Have to Do With Estate Planning?

In the context of protests or life, your message can get lost with everything else that may be going on.  When carrying out an estate plan, there is also a lot going on.  People are sad and they are upset about the loss of their friend or relative.  Because people are hurting from the loss of a loved one, there are many opportunities for misunderstandings and/or hurt feelings.

Your estate plan needs to be as clear and straightforward as possible to cut through the other “noise” and provide a bit of “calm” and direction in a tough time.  Your estate plan is the path to keep your messaging on point and have your wishes be carried out. This sort of mindset would have been so helpful with the examples I shared above.

When someone dies, the person’s surviving relatives aren’t going to be super excited about everything involved with someone’s passing.  Not everyone is going to be on their best behavior, it’s going to be very easy for people to get their feelings hurt.  I try to listen and understand the concerns people have concerning the carrying out of an estate plan, and then focus them on what we can do from a legal perspective, or sometimes what we cannot do.  Having said that, I have found people tend not to like it when I tell them what they cannot do. 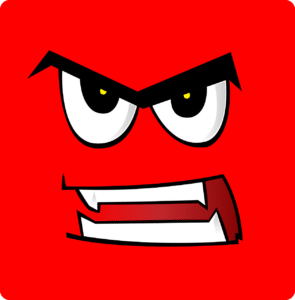 I had someone call me just the other day that wanted to know how they could add their name to be an owner of a house.  Apparently this person had been an owner in the past along with the person’s mother.  The person put the house just in the mother’s name a few years ago, but now wanted to add their own name back on.  I explained that the mother was the one who needed to add the person’s name back to the deed, and the person informed me that her mother had mental capacity issues, so the person would have to make the change as an agent under a power of attorney.  I then let the person know that they would likely run into many problems, as that would look like a self-serving action, and might not be viewed favorably by a title company or purchaser of the house in the future.

The person then demanded that I “tell her how to get around that, since that is what lawyers are supposed to do!”  We had a short discussion about how that is not what lawyers do, and that I was not the person’s lawyer and was not going to do something like that over the phone.  I did not end up representing this person.  This person was so sure that I should be able to do something to make the person’s wish come true, but I did not see a way to do what the person wanted without violating some aspect of the law.  I did not want to put the person in a worse position by allowing the person to think that they could do something that would not work for them, and that meant I could not help this person.

A Good Estate Plan Helps, Even If It Can’t Solve Everything. 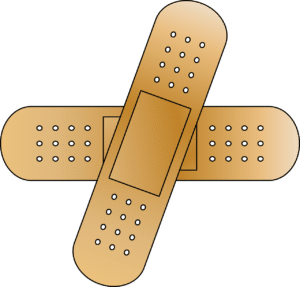 I had a different person who called me last week and wanted to know if I wrote a particular trust.  I told the person that I had written the trust, and the person demanded to know why the person’s sister was acting the way the sister was.  The person was very upset that I wouldn’t just send her a copy of the trust, and was also upset I would not tell them what her sister was thinking.  I pointed out I was not the sister, and I could not read the sister’s mind.  I also told her the sister was the Trustee of the Trust, so she had power and authority to distribute assets as per the terms of the trust.  I then shared that the proper place to make the request was of the sister – and not of me.  This person was so wound up in being mad about what the person thought should have been done that the person was willing to yell at me for something the sister had done, even though I was not involved at all.

In this case the trust contained clear instructions on who should receive what property from the trust.  The sister who was appointed as Trustee of the trust was going to carry out the directions, but the one who called me upset wanted to be informed of everything that was happening.  I was unable to help the upset sister know everything that was going on with the trust, as that was outside of my responsibility, and I am not the same person as her sister.  But, I was able to point the upset sister to the trust document, which showed the exact, clear directions on what should happen with the property.  Despite the anger and apparent distrust, the clear estate plan laid out how assets will be distributed, so that nobody would feel cheated in the end.

Even When You are Not at Your Best, an Estate Plan Can Help 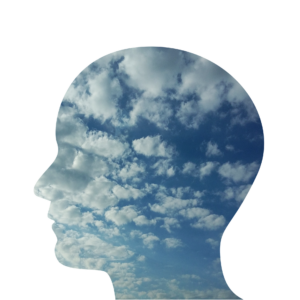 When someone passes away, their family and relatives are rarely at their best.  The emotional toll of having lost a relative pushes many towards irrational behavior.  A good estate plan can help alleviate some of the concerns, or at least provide a path to get through the emotional turmoil.  The more clear your estate plan is, the better it can say what will happen to your assets at your death, so that you can avoid confusion and your wishes can be carried out.  Your estate plan is your last communication to your family, your last message.  Do it right, and don’t let your last message get lost in the noise or difficulty of other things going on when you pass away. 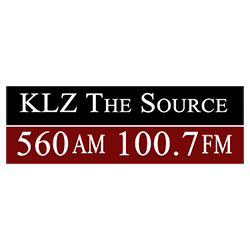 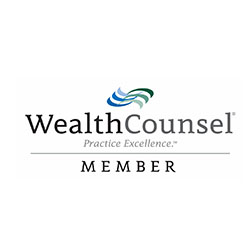 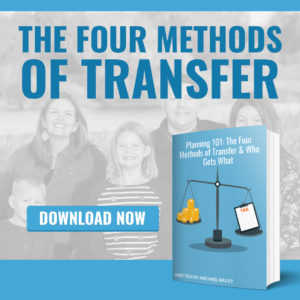